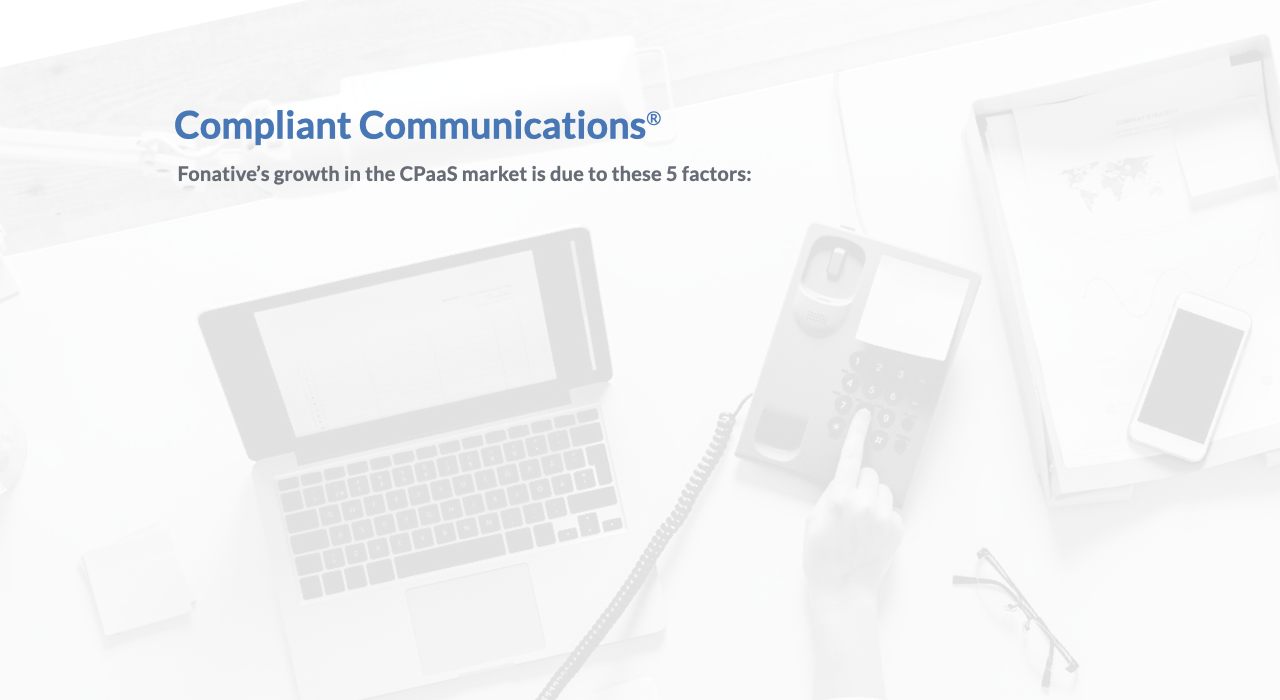 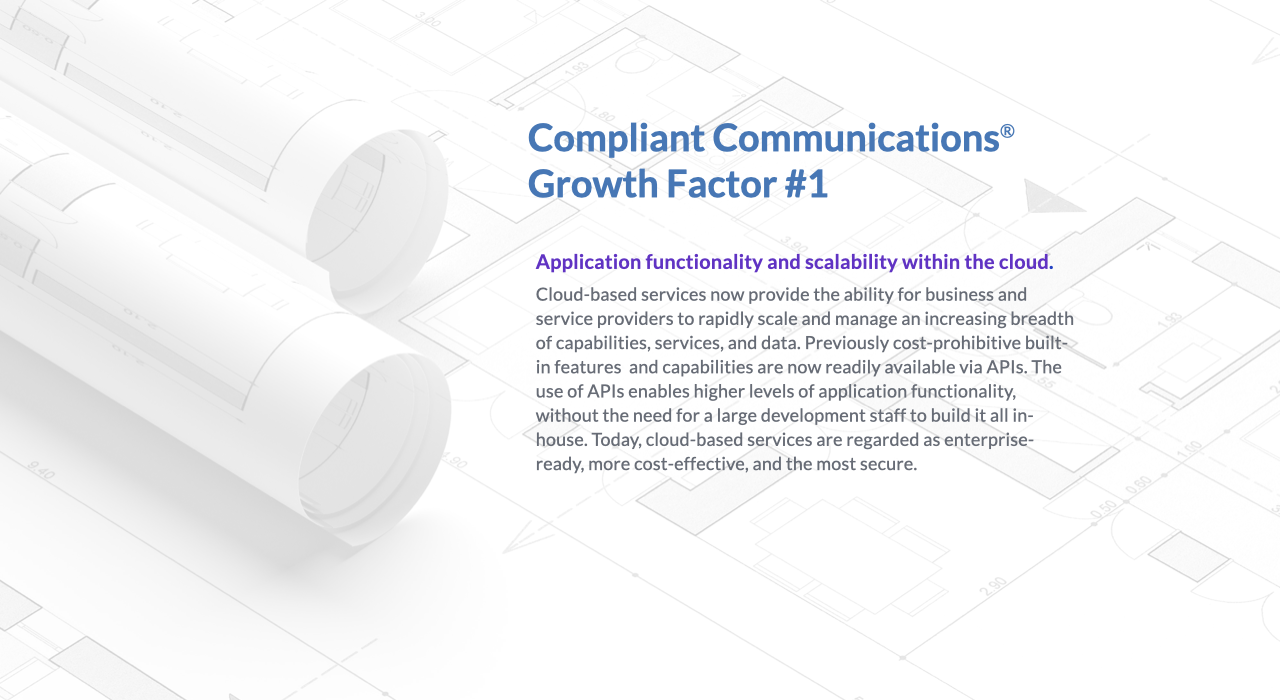 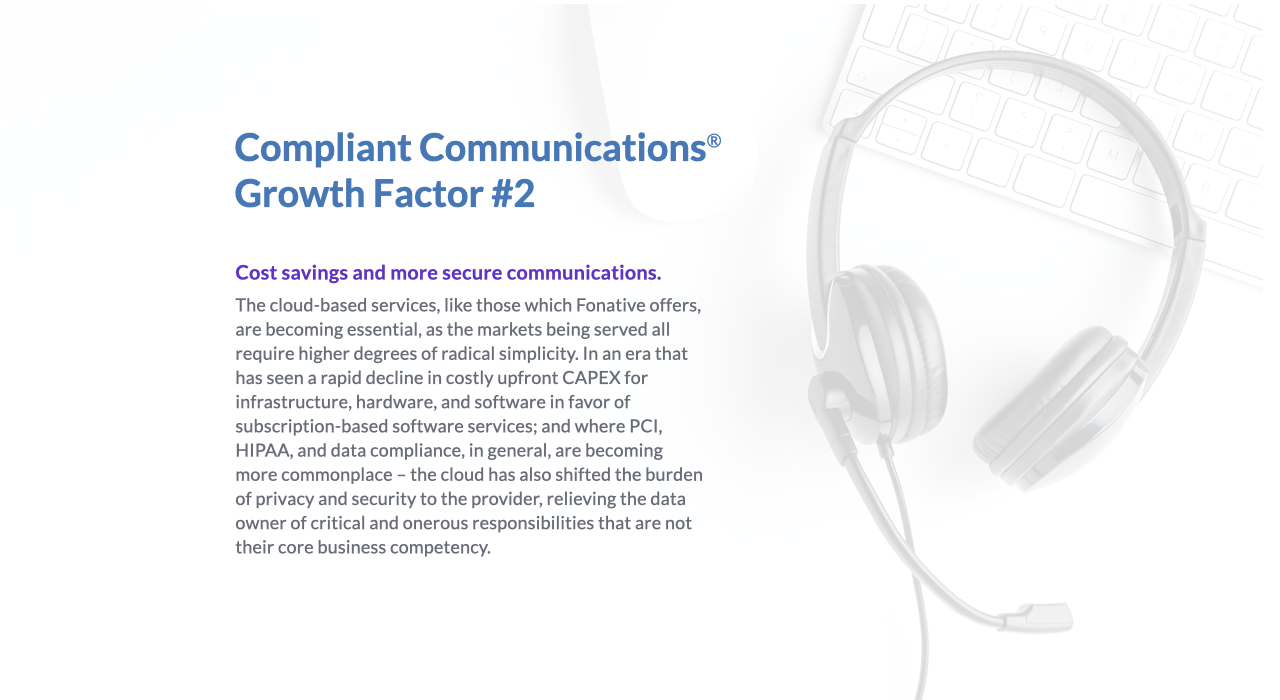 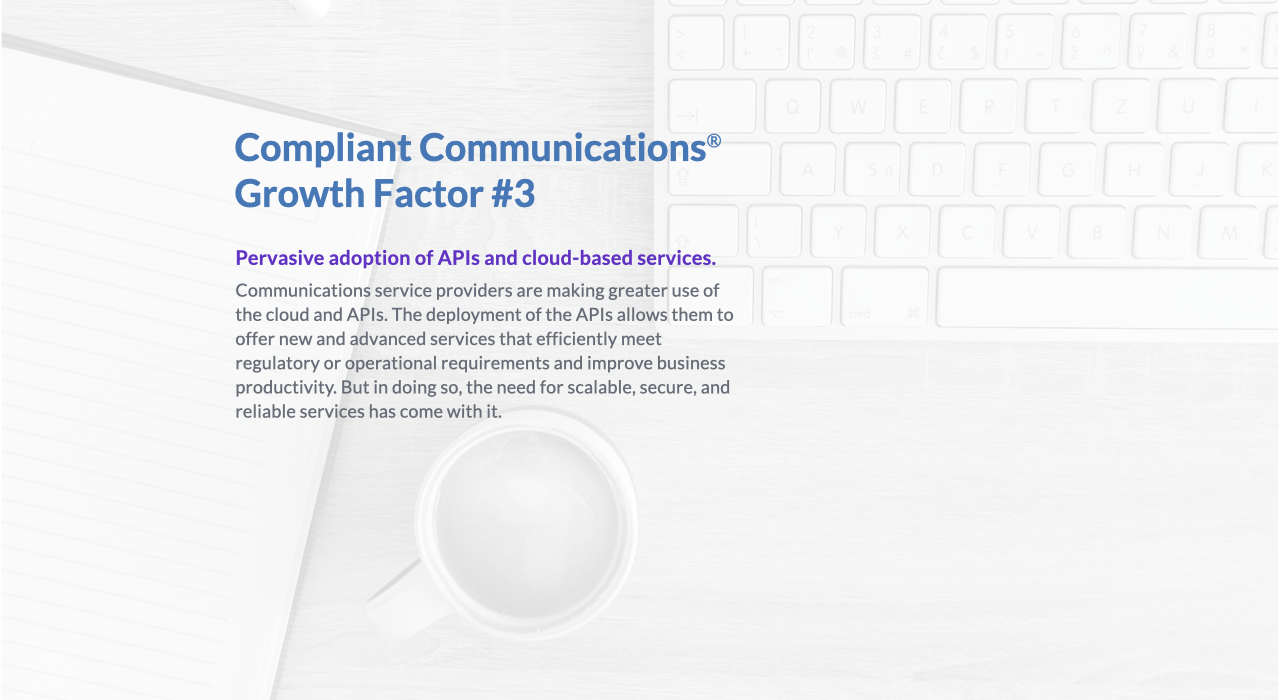 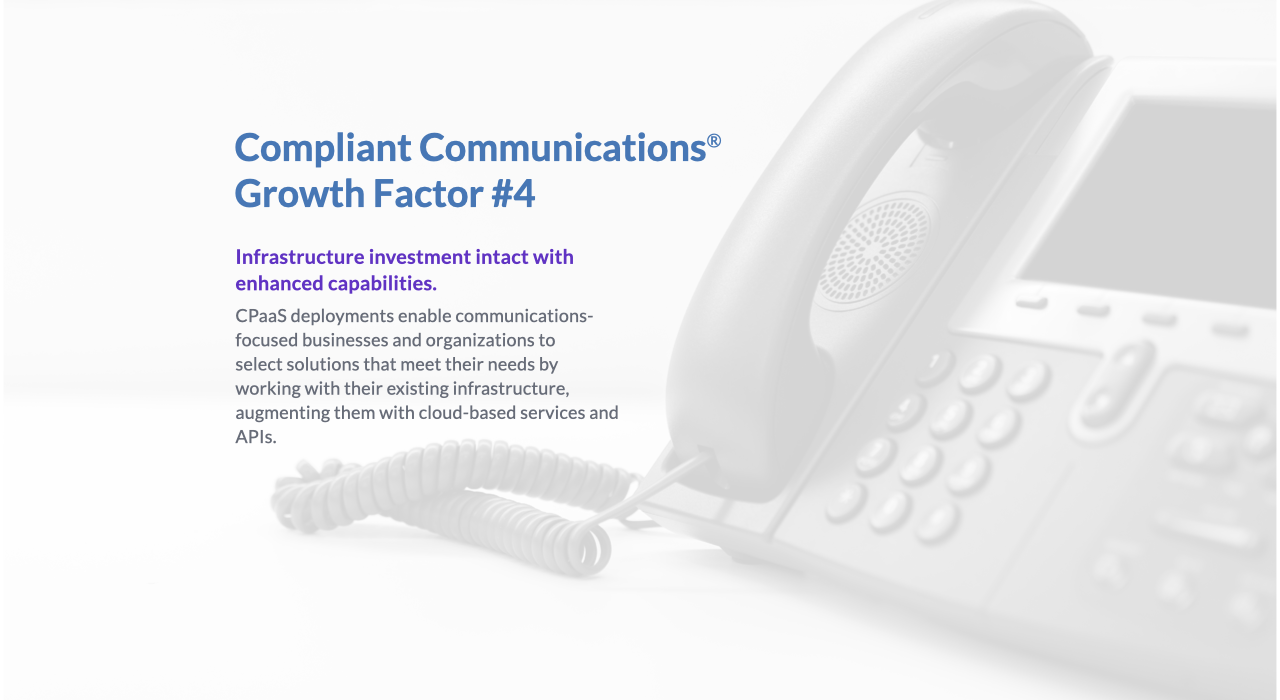 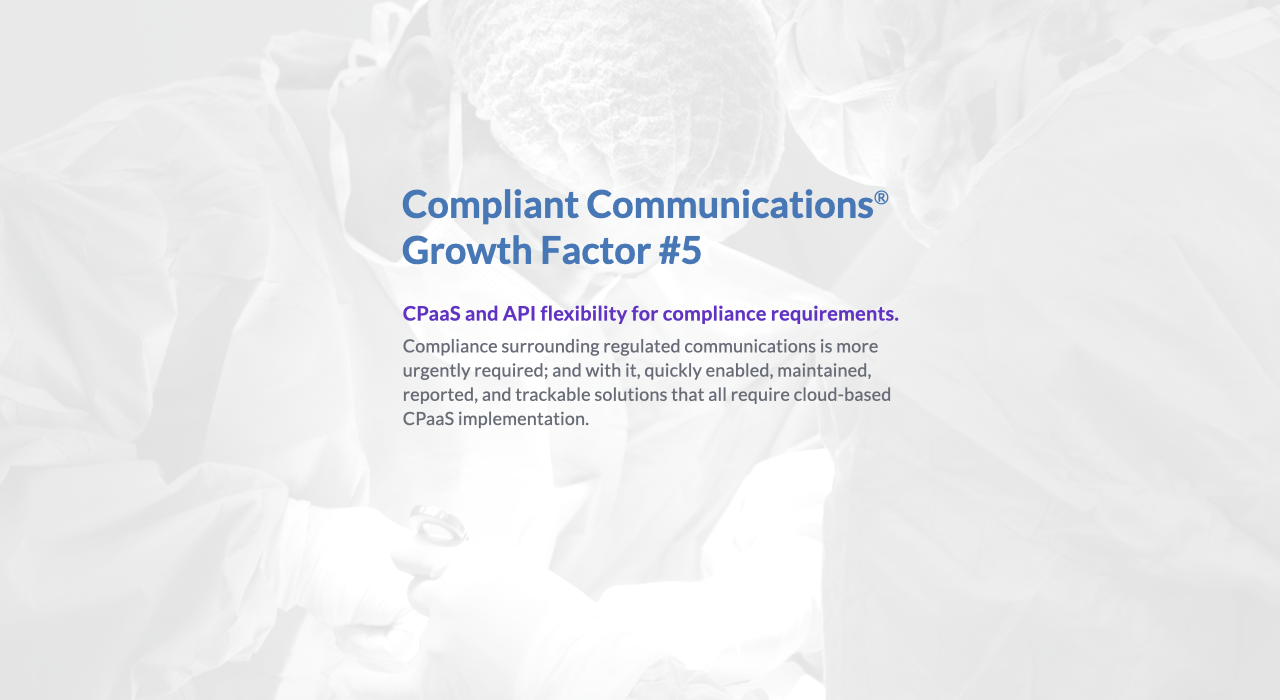 Our success has always been due in part to the hard work and high quality of our vendor partners. We continue to seek out and work with top-tier vendor players that enable us to maximize performance, security, and compliance across our entire platform.

In the ever-evolving world of call centers and contact centers that conduct business in regulated business markets including healthcare, government, and financial services, the need to integrate communications with customer or patient information is only getting more complex, along with even more stringent requirements for compliance.

At Fonative, we solve these problems with our Compliant Communications platform and APIs, making us the first choice for call centers and contact centers who need to be sure their information, and that of their customers, meets and exceeds those requirements – by building in what’s needed right from the start.

From the start, Fonative established security and privacy as fundamental parts of its enterprise ready CPaaS platform. 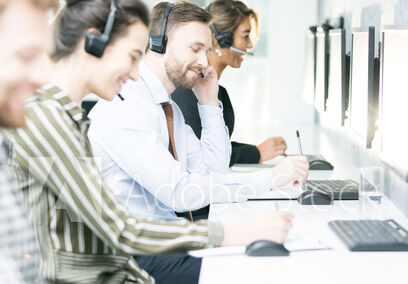 Early on, we recognized the potential for VoIP and helped to pioneer the migration to VoIP for large-scale enterprise applications, developing one of the first extensive large-scale North American enterprise VoIP platforms in 2006. Formerly known as Ampersand, we’ve been building large-scale contact center-grade solutions ever since, with leading-edge technology inspired by experience and insight.

We believe in giving back, and have helped to develop the industry as frequent speakers at VON and IT EXPO conferences.

Our success has always been due in part to the hard work and high quality of our vendor partners, and we continue to seek out and work with top-tier vendor players that enable us to maximize performance in our platform.

In 2018, we surpassed 25 successive years of business and launched our new brand identity which now more closely mirrors our strategic focus. As our name and icon suggest, Fonative helps businesses connect with customers through voice and text.

Steve Smith is the Founder and CEO of Fonative, the regulatory ready, Compliant Communications® company. Steve guides the company’s vision, strategy, and leadership team and keeps close watch on the firm’s product and CPaaS (Communications Platform as a Service) technology platform. A successful entrepreneur and technologist, Steve established Fonative to respond to the shift to cloud communications that he saw as the wave of the future.

In 2015, Fonative developed its robust CPaaS that entered production the following year and currently powers more than 100 U.S. contact centers representing thousands of agents and millions of calls and texts per month. Prior to founding Fonative, he served as CTO and Chief Scientist at Lavalife, a North American market leader in web, voice, and mobile dating products. During his tenure, Steve migrated 12,000 PRI lines to VoIP and realized large cost savings for the VoIP infrastructure that garnered industry awards.

As a member of Jeff Pulver’s VON advisory board, Steve was a frequent speaker at industry conferences during the transformative years when telecommunications migrated to VoIP.

In addition to leading Fonative as CEO, Steve serves part-time as a Managing Director for Dunn Rush & Co. LLC, a Boston-based investment bank where he lends his expertise in technology, media, and telecommunications.

Steve graduated with distinction from Cornell University in 1984 with a degree in Computer Science and currently holds three patents in areas related to voice call processing. 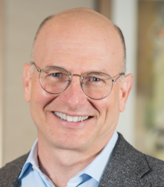 Howie brings nearly 30 years’ experience in high-tech and has served in a variety of C-level roles and on leadership teams of companies that have successfully exited by IPO or PE buyouts. He has led successful optimizations of core IT infrastructures, enterprise systems and networks, which resulted in enhanced functionality, reliability, and cost savings. Howie is inherently familiar with call center and IVR service provider operations, as well as large distributed networked enterprises. 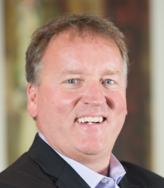 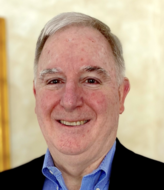 Jim manages Fonative’s finance, accounting, and treasury functions and brings nearly 30 years’ experience in corporate finance, operations, and management consulting. During his career, Jim served as the CFO for a variety of public companies and participated in numerous M&A transactions. Jim has also served in COO and CEO roles at private and public early startup and higher-growth stage enterprises and provided guidance through all phases of business development.

Andy started his career with a professional sports team at age 14 and brings more than 40 years of marketing and communications experience with startups and companies in transition across multiple industries, with now 54 exits of technology, telecom, cloud and fintech startups under his belt.

An avid wine collector, accidental winemaker, and global traveler, Andy holds a Bachelor’s degree in Journalism from Temple University. He is a member of the board of directors of More Too Life, a leading global anti-human trafficking organization, and is a Director Emeritus of The Atlantic Amateur Hockey Association, where he is also an honored first-ballot inductee in its Hall of Fame. He is also a “Knight” as an inductee to the French Chevalier du Commanderie Ambassador in the USA for the Grenache Association. 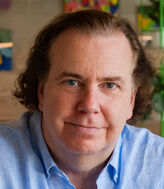 Fonative's Board of Advisors further expands the company's breadth of

Ed Pendergast is a Managing Director of the investment banking firm Dunn Rush & Co. LLC. He serves on a number of Boards in positions that include Chair, Interim CEO, and Committee Chair.

At his consulting firm, Pendergast & Company LLC, Ed works with a broad range of companies in industries as diverse as materials, medical devices, technology, professional services, and restaurants. While his primary background is finance, Ed advises companies on team building, strategy, and corporate governance. Ed has also served as an arbitrator and mediator helping to resolve commercial disputes.

Ed holds both a Bachelor’s and a Master’s degree from Bentley University and is a graduate of the Owner President Management Program (OPM) at Harvard Business School. He has held a number of credentials including Certified Public Accountant (CPA), Accredited Business Valuator (ABV), and Certified Valuation Analyst (CVA). Ed serves on the faculty of the National Association of Corporate Directors’ (NACD) Board Advisory Services, evaluating effectiveness and guiding boards toward best practices for good governance. 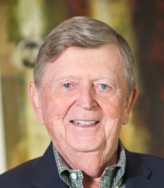 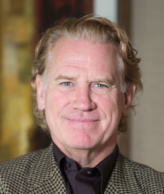 Nicholas began corporate life in Proctor and Gamble brand management and moved on to become an Executive, Founder, and Chairman/CEO of several IT and internet companies located across the globe.

One such venture is Lavalife, which began as a telephone dating service in the 1980s and evolved into online dating with the advent of the internet. Nicholas and his co-founders grew Lavalife to $90 million in annual revenues and sold it to a Nasdaq-listed company in 2004. Nicholas continues his involvement in the social network space as Chairman of WorldFriends, an international meetup service based in Shanghai that is expanding into Indonesia.

Nicholas is well versed in building effective early-stage company growth strategies, brands, and management teams. He holds an Honours Bachelor’s in Business Administration from the Ivey Business School, the University of Western Ontario.

Glen Gerhard is Founder of Cognexus, a consulting company focused on technical training in developing countries. Prior to this, Glen served as VP of Product Management at Sansay, where he was instrumental in defining corporate and product strategy for its software-based VoIP infrastructures.

With extensive background in both carrier and vendor corporations, Glen deftly brings complex issues into focus and context. Glen has spoken at numerous industry conferences and authored technical whitepapers, providing practical experience and an objective view of the challenges facing VoIP and NGN carriers.

Prior to Sansay, Glen joined San Diego-based Nuera Communications as Product Manager and was later named VP of Business Development, overseeing the introduction of its first SIP gateways and SS7 softswitches. Before joining Nuera Communications, Glen worked for Network Equipment Technologies as a System Engineer and Product Manager. Glen holds a BSEE from Ohio State University. 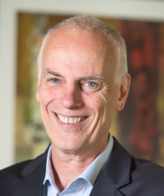 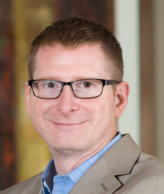 Michael has driven dozens of initiatives that have helped solve the most complex business problems for, and with, Ontario’s clients. His focus lies on open, loyal relationships with customers, which he sees as the foundation for constant improvement across the enterprise. A technophile at heart, Michael is fluent in programming in many different architectures, building complex systems, and managing the complexities of cloud solutions.

Michael is Chairman of the Industry Advisory Board of the Security and Software Engineering Research Center (S2ERC); Founder and President of Sustainable Muncie, a nonprofit organization focused on economic development and financial sustainability of the Muncie downtown; and Founder, President, and Chairman of the Board of Farmished, a nonprofit seeking to establish a sustainable, local food ecosystem.

Michael Remacle is a serial telecom industry executive and an early leader in the field of telecom APIs that are now the foundation of today’s telecommunications market. He founded and successfully sold Layered Communications, an early entrant in the CPaaS market, to Inteliquent in 2015, a wholesale provider of voice and messaging services to large carriers such as T-Mobile, Verizon and AT&T and service providers such as Twilio, RingCentral, and Vonage. He went on to serve as Chief Marketing Officer for Inteliquent following the acquisition.

Michael has spent most of his career as a global sales and marketing executive in the high-tech and telecom industries and was recently awarded the patent for developing the next-generation 911 emergency services network where one can now send a smart phone’s GPS location (blue dot) to an emergency responder. While at Level 3 in the mid-2000’s, Michael was responsible for developing the SMS-enabled phone number, which is the basis for businesses now being able to text their customers from their phone number.

Michael is an active masters swimmer, mountain biker and skier. Michael graduated from the University of California, Irvine with a BS in Economics. 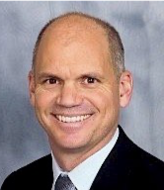 Since the beginning, Fonative has enjoyed the camaraderie of a small company that's big on leveraging proven technologies to create reliable and scalable telecommunications solutions. Add in a track record of dedication to our customers, and it's no surprise we've had staying power in a rapidly evolving  industry. As technology has evolved, we've kept pace by creating a dynamic and fun work environment to accommodate our team of open-minded, capable professionals.

With a distributed team model, Fonative employees have the ability to work at home or collaborate face to face at our location in the UMass Lowell Innovation Hub (iHub) in the heart of a vibrant academic and tech community. The iHub is part of the Workbar Partner Network of coworking spaces, which gives our staff access to additional coworking locations across Massachusetts.

We use Atlassian products to manage our agile process, and Google G-Suite and Slack for project collaboration. 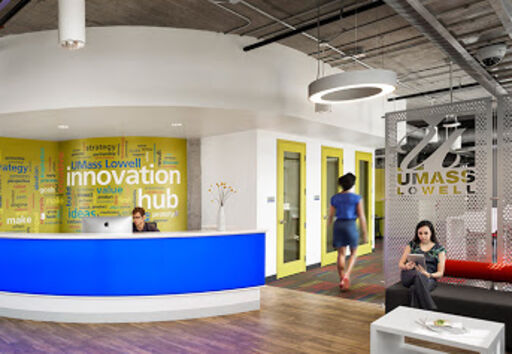 We’re big believers of a work-life balance that allows you to grow professionally and achieve personal pursuits. In addition to a highly flexible work environment and the latest tech at your fingertips, Fonative offers a market-competitive salary and a topflight benefits package.

Interested in a career at Fonative? We're always looking to add great talent to our team and currently have an opening in Operations for a VoIP Support Engineer. Interested candidates can submit a cover letter and resume to [email protected].

Fonative, Inc. is committed to creating a diverse and inclusive work environment in which employees are recognized for their individual contributions. All qualified applicants will receive consideration for employment without regard to race, color, religion, gender, gender identity or expression, sexual orientation, national origin, genetic information, disability, age, marital status, ancestry, pregnancy, veteran status, or any other status protected by law. Offers of employment will be conditioned upon satisfactory results of a background check. The contents of Fonative’s job descriptions and job postings are subject to change at any time. Qualified applicants who require reasonable accommodation in the application process should contact the CEO or COO.